Synopsis of my dissertation proposal:
The film has been said to resemble many cities London included with the illumination of Piccadilly Circus, The film is also described as a over populated city which was based on a day in New York which was described as one day grinding to a standstill due to the volume of cars and people, like in Blade runner the city scenes are heavily dense and seem unbearable with vehicle traffic and pedestrian traffic.
Also as in New York and any major city there is a defined level in the class system with people dressed in what looks like pajamas in the film, without the maybe pajamas, poverty within major cities is reality and the film picks up on this and pushes the poverty level forty years into the future.

What from the film can we take and place on to "estimated" statistics of the future and seek the possibilities and realities of living in this "Los Angeles" of the future, at 2011 can we already see the beginnings of this and what if the Blade runner vision was only 11 years off the proposed 2019.
A quick search into global tends show a gloomy outlook where there is a shortage in resources and a estimated 8 billion people at a medium rate of population growth by 2030 an extra 1 billion more people than today, how will the current economic crisis cope with the addition of the extra population and extra costs.
http://news.bbc.co.uk/1/hi/uk/7951838.stm
Title - Vision of the future...1980-2030
Introduction 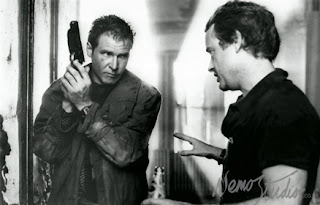 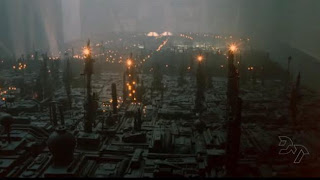 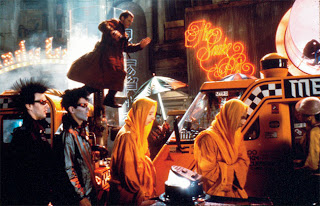 The facts of the film
The realities of this being in 2019
What in reality can we take from the film if anything
What the similarities are between the scenes of population and poverty in the film and the estimated statistics of the so called reality.
Posted by mjfraser at 15:09