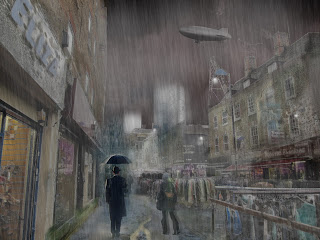 Petticoat Lane has a rich history and has been in existence since 1218
known then as Bereward’s Lane.  In 1500 it became Hog Lane and from about 1603 Petticoat Lane.

the market has adapting with the ever changing market, over the course of its history the market has trading many items meat, clothes, "traditional" delicacies from jellyed eels, jeiwsh potato latke and Indian curries this market has changed and changed what is the future trading goods when this market hits 2030?
Posted by mjfraser at 19:19